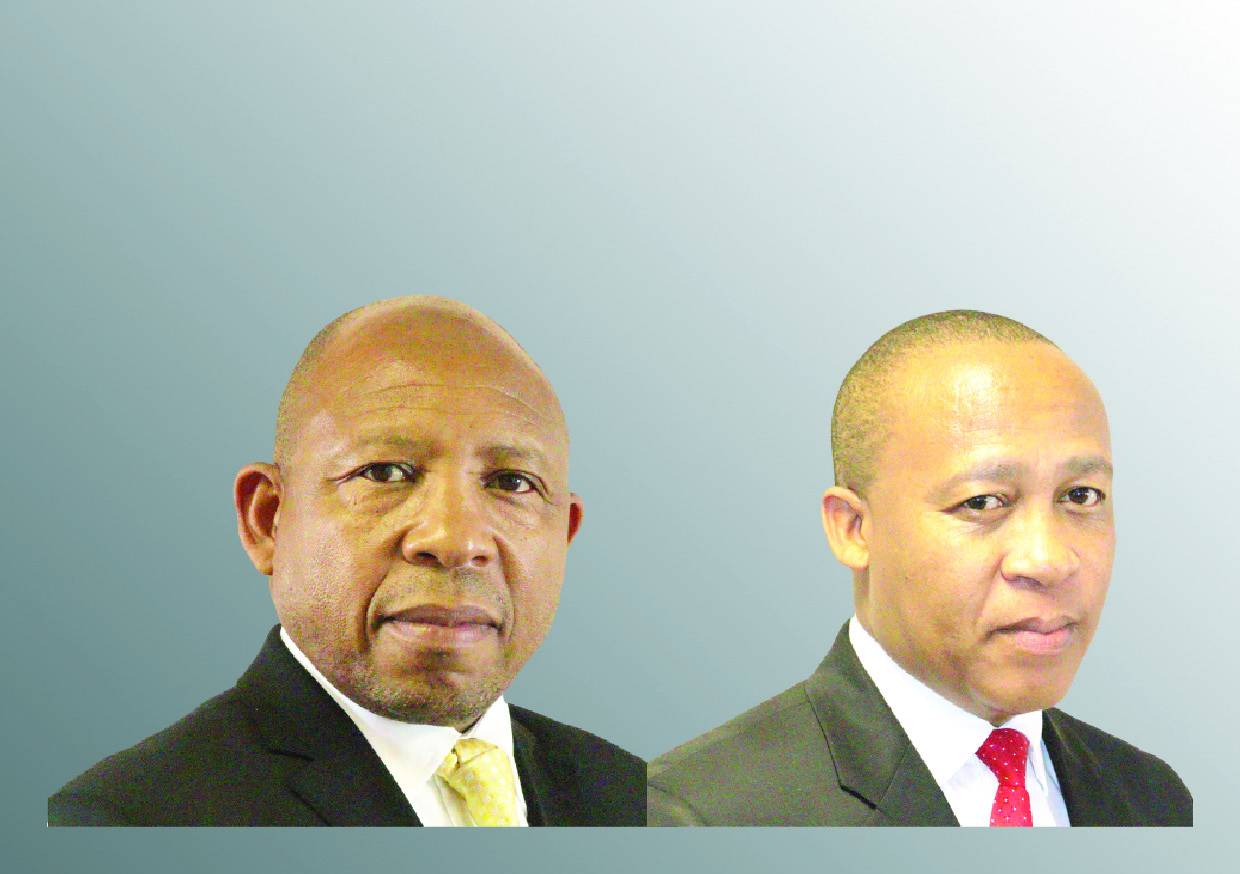 The two leaders of the current coalition government: Dr Moeketsi Majoro and Mr Mathibeli Mokhothu. Who is focused on winning the next election, or nurturing the next generation?

Maseru - There is a clear distinction between a politician and a leader. The former is preoccupied with winning the next poll; does all to amass power and resources so that he performs well in the next election. A politician can even cross the line in his pursuit to be in power or return to office after the next election. But a leader on the other hand, thinks differently. His preoccupation is with the next generation. A leader understands that what he is doing now and today has direct implications for the future and next generations. That is why a leader will not comprise the ability of others, especially the next generations to meet their own needs and aspirations. This is the essence of sustainable development. Thizkingdom.com analyses a trend that has gone on in Lesotho's political minefield, whereby the fanfare for the next election blindfolds politicians, makes them indifferent and sometimes irresponsible, when they are in pursuit of winning the next election..

The goings-in the ABC, led to the demise of Thomas Thabane and the regime that he led this year in May. The ABC and the DC cobbled a coalition that led to the current government led by ABC and its former nemesis, the DC. That could on the sidelines, signal quassi-reconciliation, but it is not in actual terms.

Recent history since 2012 has shown that politicians only come together, even if they were perceived natural enemies, when the lowest common denominator is the quest to amass political power. Coming together has nothing to do with a long-term vision of reconciliation, building social cohesion, unity and national consensus among Basotho. It happened after the 2012 election when the ABC, BNP and LCD forged a coalition to form government, which many thought it was the basis for the coalition of forces naturally divided over political doctrines. It happened after the 2015, 2017 elections and the 2020 non-election change of government. The three successive regime changes brought together forces that had previously not seen eye-to-eye. The bottom line is not as mentioned, the long-term peace and stability, vision to reconcile a socially and politically torn nation, build consensus and unity among Basotho. It is only to amass political authority and get into office as long as the numbers in parliament enable the coalitions to take over state house. Period!
After the non-election change of regime in May 2020, which ushered in the Majoro-led coalition, hope among Basotho was that things would change, especially that there was no poll that effected regime change as it had been the case before. Basotho longed for a long-term national economic development agenda, brought about by a long-term vision. They hoped that the multi-sector reforms that had been put in motion would be steered towards a new development path post Thabane. Basotho had pinned their hopes for a new beginning, a renewal of their long-awaited vision for an economically sound country, especially that it was driven by an economist, Dr Moeketsi Majoro. Basotho had pinned their hopes on the new regime because they thought the coalition partners forming the new regime had learned a lesson from the experiences of the regimes before. They had thought that one, the new regime would ask SADC to hand over the reforms agenda to Lesotho so that Basotho deal with their own domestic issues. Two, they had thought that the new regime would put up a turnaround strategy to reverse the gear of high poverty rates, high unemployment and lead the country towards a new beginning. They thought the new regime, led by young people, a rarity in the history of this country, would inject hope among the young Turks by embarking on politics of development not of anger, vitriol and hatred. They had thought that by now, Lesotho would be on a path towards lifting herself from the status of least developed country and usher in a new economic development path. They had thought that the ABC, which leads the new coalition, had learned a lesson from internal divisions that took almost three years and start a new chapter.

Basotho had thought that the second-largest partner, the DC brought a new package to the coalition, after learning a lesson from divisions that tore it in 2016-2017 until it lost power. But the two parties still continue with the same game of internal coups among their ranks. Other factions within the ABC have vied for the fall of the current Prime Minister, Dr Majoro as if deposing a leader has become fashionable. The ABC's intra-party power wrangling and petty political shenanigans are still at play and they have a devastating effect on political governance within the party, with a spilling domino effect on the government.

But it appears Basotho were not privy to the innermost motives of Lesotho politicians, young or old - the quest to win the next election. Basotho were not aware that when the phrase 'next elections' hits the ears of a politician, young or old, it reverberates and makes echoes that bring everything to a halt. All eyes are on the 2020 poll. And as it is the case, Basotho should forget about a national development agenda. The political dust has started on a slow pace, but it will soon become nastier than ever before. Everyone among the coalition parties wants to seize state house after 2022 polls. The multi-sector reforms stand on a precipice as attention is now on the next election. What makes stakes to be even higher is the fact of the matter in the ABC. The deposed Prime Minister, Thabane might have to stand down to give way for a new leader who will take the country to the next poll. This is another internal struggle within the leader of the coalition.