Staying too long in political and public office in Africa 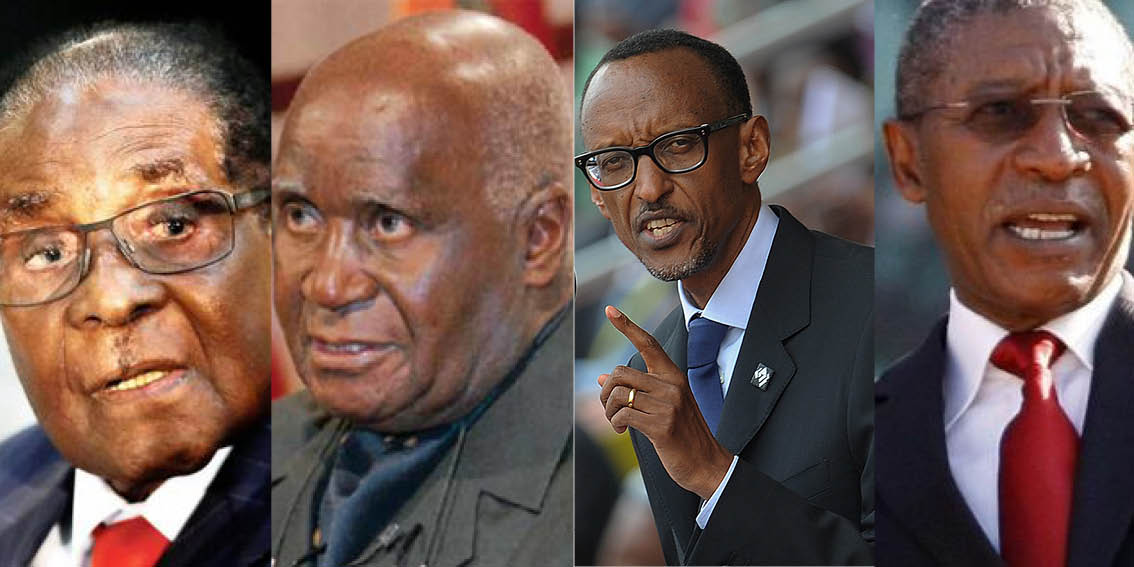 When its time to go, go before you spoil the broth by overstaying your welcome

MASERU: Gradually, developments have dribbled into Africa, which have dramatically changed the political land scape of the continent. Colonial rule was ended. These changes have also ushered in a new development trajectory of the African peoples. Military juntas were whisked away. Dictatorships were decimated. Lastly, relative democracy was entrenched. However, one thing still remains intact is politicians overstaying their welcome and spoiling the broth. Most of these politicians are heroes who started off as promising democrats and stole the hearts of the multitudes. However, their long stay beyond welcome renders them to destroy what they started well. thiskingdom.com analyses the impact of this vile on continuity of political and public office..

Without mimicking what the Western democracies are doing, logic has it that if one has been given a warm welcome in another's house, it is only prudent that the visitor leaves before his or her welcome fades away. It is only natural that humans exercise some modicum of tolerance of certain things to some extent, beyond which they will show their displeasure in some way. They may not verbally express their displeasure, but it will show in one way or the other. For politicians who deceive themselves that they are still the darling of the people after decades of clinging to power, the latter's show of dissatisfaction is expressed in the ballot. African liberation struggle icons who ended up leaving office in a disgraceful manner after historic years of fanfare can tell the story better. These are Kenneth Kaunda of Zambia (1964-1991; 27 years), Robert Mugabe of Zimbabwe (1980-2017; 37 years), Hosni Mubarak of Egypt (1981-2011;) and Leabua Jonathan of Lesotho (1965-1986), to mention just a few.

In Lesotho, the outgoing Democratic Congress (DC) Leader, Pakalitha Mosisili occupied political and public office succeeding a celebrated struggle icon, Ntsu Mokhehle. While there were doubts in some political corners about his ability to follow through his predecessor's steps, Mosisili proved many cynics false as he quickly rose to prominence until he became a darling of the people. He carved his political career in his own fashion and gradually amassed power way beyond measure and made his sceptics and doubters eat a humble pie. There came a time when political parties he led were at his mercy and begged for his stay, for fear that they would lose the next poll if he was not the election face of such parties. But he allowed this to happen, not realising that it was to the detriment of his hard-built political career. However, his strength as a politician gradually fade away.

There is an old-standing belief in the political circles that a leader falls at a time he reaches the peak of his strength as he creates many enemies including those who pretend to be closest to him. This is true of Kaunda, Mugabe, Mubarak and Jonathan. They fell at a time they were at a highest peak of their political life. They had become reckless with application of power to those they were leading. Mosisili's seemingly dispensability was real, but as well, it was a political gimmick by a clique that was eager to abuse his political charm offensive, when in reality, the masses had had enough of him and wanted change of guard.

The 2012 national elections were a clear signal that Mosisili's hold on grip had substantially dropped, though his then nascent DC polled well after four months of its formation. He was the election face of this then new party and had hoped that it would do as its predecessor, Lesotho Congress for Democracy (LCD) had done after its formation in 1997 when it seized victory in the controversial polls of 1998, merely seven months after its formation. However, the political landscape had changed dramatically in 2012 and the DC failed to clinch power even when he was at its helm. The new party did not muster enough seats in the National assembly to form government on its own.

The political change was a clear show to Mosisili's face that he was no longer welcome in Lesotho's fast-changing politics. But he stayed on in active politics, occupying a back seat in the National Assembly, until in 2016 when he retreated back to public office. However, this time around, it was after a painstaking struggle to gain control of Qhobosheaneng Government Complex and to be housed at Maseru West State House straightaway. It had to be with a seven-party coalition, formed with difficulty to muster enough seats to form a government. This meant that for Mosisili to go back to public office, he could not do it alone, nor with only two parties nor three or four, even five, but with seven. That patching of votes like patching a box with a sellotape to make it complete was clear testimony that the once prominent leader had gone down the trail and it was time to go. His popularity had waned.

Not only had Mosisiliâ€'s popularity waned in the national politics, but within his own party, DC, there was clear show of dissatisfaction with his stay. Jostling for power that ensued during the second year of his reign in 2016 was clear signal it was time-up. The formation of the Alliance of Democrats (AD) under the leadership of his erstwhile friend and obvious successor, Monyane Moleleki marked an exodus in Mosisiliâ€™s political life. He got stabbed behind b Moleleki and analysed the situation and threw in the gauntlet by declaring he was stepping down from the DC. This was towards the end of 2018, which made way for Mathibeli Mokhothu to take over.

The All Basotho Convention (ABC) Leader, Thomas Thabane led ABC only for 15 years, since its formation in 2006. But there are signals that he has overstayed his welcome. Apart from the fact that age is working against him, his grip on the party is gradually waning away. He is deceiving himself with the fact that he is still nominated unopposed in all elections, but the undertones of his followers down there, where it matters most, are indicative of ABC members who have had enough of his face and want new blood to take over. Mosisili was still nominated unopposed, but his party members were grumbling down there about his staying on.

The directionless discourses of grooming successors in Africa, an idea parroted as though it was a leader's job to pick among the party leaders who should succeed him. This is another factor that could be considered in the ABC internal politics. Thabane is not a kind that can groom a successor because he is not confident about his grip on power and often doubts those who are likely successors by virtue of them being his deputies. First, it was the late Maboe Moletsane, who could be trusted to take over if the death had not cut his life short. The next was Tlali Khasu, another political nonentity and novelty that had little to show that he could clinch power should his boss step down. Thabane has his own insecurities about leading the ABC.

Prince Maliehe was just there to fill the space when a substantive candidate was to rightfully occupy the office of deputy leader and the ABC members have expressed their will in favour of Professor Nqosa Mahao. But Thabane and his clique have arrogated unto themselves the mantle and power to refuse the ABC members' will, which was expressed in a ballot box, in a daylight. They want to choose for the members, who should succeed Thabane and the leader is leading that unfortunate episode in the politics of Lesotho. If Thabane is not careful, his days are numbered in the national politics and he may well kiss state house and the comfort of talking in ABC rallies goodbye. His fate is even given credence by his sweetheart, Maesaiah who is, like Grace Mugabe perpetuated her husband's downfall. Even for those who still had pretentious love for Robert, this was vilified by Grace's manoeuvres within the ruling ZANU-PF by orchestrating firing of ministers, running public office by remote control and instructing her husband what to and what not to do in the party and office. The same is the case for Lesotho, Maesaiah is pulling the strings under Thabane's very watch. If Thabane wants to spare himself the disgrace that Robert faced, he must start now to consider his exit before it is too late. He has nothing to lose, since his pension is already sorted out, his party has afforded him the life presidency and his children are all old enough, no dependents except for his darling, who too, will have something as former First Lady. What else is there to cling into office for unless there is some mess he wants to clear before leaving office, lest it follows him?

The issue of staying too long on the helm of parties is also a culture in other small and insignificant parties such as the Marematlou Freedom Party (MFP) with Malebo now nearing 90 years but still holding on. Lekhetho Rakuoane of the Popular Front for Democracy (PFD) has also overstayed the party with some members having now joined other 'promising' parties like ABC. If the late Clovis Manyeli was still alive, he could still be counted among the leaders of 'their own parties.'