The destructive role of NECs in political parties 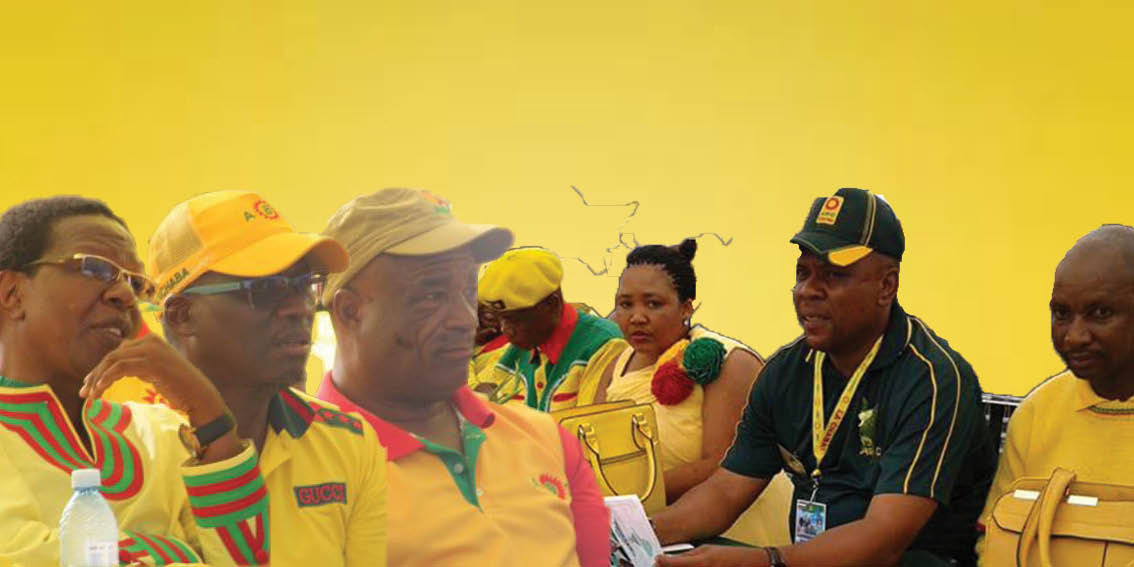 NECs assume to be superstructures within thier political parties and this has a destructive effect on their parties. They assume sweeping powers

MASERU: National Executive Committees (NEC) are structures within political parties that are elected during conferences to run the daily affairs of political parties between conferences. They have to report to conferences on constitutionally-proffered intervals. In most parties, it is after 12 members when a congress is held. The congress is made up of representatives from constituencies who are assigned to present a constituency report to the congress and to take part in decisions that are taken during a congress. This is compiled by the Secretary-General who presents a general report about the status of the party. However, NECs become a platform for power-jostling among members who demand superiority within the party, forgetting they are the representatives of the people assigned to serve members. NECs turn themselves into power-hungry structures above every member of the party and a platform for amassing power by individuals for their own self-aggrandisement. thiskingdom.com takes a snapshot of parties' NEC and analyses their ideal and self-imposed roles..

The domineering character of NECs and their destruction of political parties

Across the whole spectrum of Lesoth's political edifice, the role of branch-level structures, subsidiary structures like the youth and women leagues as well as the general membership is a vague one. The only structure that is clear about its role and even crosses the line by arrogating into itself, the 'super' and 'omniscient structure' of the party is the National Executive committee (NEC). NECs of political parties have sweeping powers of even evaluating and determining the candidacy of nominated members to be fielded during national elections. People rise into prominence, not only in their parties, but even at national level when they serve in the NECs of their parties. Mostly, parties that become government select members of the cabinet from the NEC first and then consideration is given to the other members who may have not made it to the NEC. It is general phenomenon that if anyone wants to amass political power, one has to be elected into a NEC. This is one reason why members of parties do everything in their power to be elected to the NEC, to the extent of buying votes in order to serve in this senior structure of the party. They know that it is when they are NEC members that they will clinch not only political power, but also access economic spoils that come with being in the most senior decision-making structure.

The All Basotho Convention (ABC) NEC like those of other parties, has assumed too much power over the party itself. It has become a destructive force that has wrecked the common fabric of the party. The ABC's current political deadlock all started when the ABC NEC wanted to rein in the Koro-Koro Constituency No:42 after it nominated Professor Nqosa Mahao to run for the deputy leadership contest, which was opened towards the party's elective (1st and 2nd February 2019) conference late last year. His victory was a culmination of a series events of a painstaking journey towards the elective conference, punctuated by court cases and appeals to defend the right to participate in the affairs of the party. Mahao won to the celebration of one faction of the party, which victory was received with much fanfare by that faction. Also, his celebrated victory was to the dissatisfaction of another rogue clique in the party, which even challenged it in the courts of law. This was after a protracted court case that gave him the ticket to get to the emotionally-charged elective conference.

The court case not only exonerated Mahao from a ban to stand for elections, but threw into a dustbin, attempts by the NEC to exorcise him from the party, decimate his Koro-Koro constituency and all others who tended to side with him. But all these ill-fated attempts were in vain, as the Court of Appeal upheld the principle of fundamental rights and freedoms that enjoin all members of a party. It declared unconstitutional, a scrupulous close in the Constitution of the ABC, which was used to deny members of the party their rights and freedoms.

All this was at the instigation of the ABC NEC. Emotions have since flared high in the ABC, which has continually held separate rallies and with high possibilities of defection and formation of a new party by one of the factions. One other possibility is a mooted motion of no-confidence in the Leader, Thomas Thabane in the National Assembly, triggering his decision to advice the King to dissolve parliament and call for a snap election. In the penultimate, the hardly two-year government of the 4x4 will be brought to its knees.
The Koro-Koro Constituency was represented by Motebang Koma during the 2017 national poll and he won the Constituency with a whopping 5, 684 votes, placing the party at 52.8 percent. Its second close was the Democratic Congress (DC) with a disappointing 2, 685 votes, polling 24.9 percent. DC was not even half of the ABC in the constituency as it fell short of 2, 999 votes to come close to the now embattled party. The Koro-Koro constituency became stubborn and demanded that their candidate, Mahao run for the contest to become the second-in-command of the party, and possibly an aspirant for the senior post should the leader step down.

General membership expressed their will

The general membership of the party, which was represented by delegation they sent to the AGM from the 80 party constituencies expressed their will through a ballot at the Lehakoe Cultural and Recreational Club. They said they want Mahao to deputise Thomas Thabane. The NEC retrieved its machinations and asked some loyal MPs and Cabinet members who lost at the polls, to lodge a petition with the High Court to demand nullification of results. In the filing affidavits of the members and some of the ousted NEC members, the complainants state frivolous arguments to support their claims. The general membership is being held to ransom by a clique that holds reigns of the party and the government as cabinet ministers.
The news has gone wild that the coalition government is at stake should the disgruntled faction, which has been denied a chance to occupy party offices at Metcash Building propose a motion of no-confidence to the Prime Minister. The custodians of the party and who put both the outgoing and new NECs into those positions are left in a lurch. They do not feature in all these messy developments within the party except to cheer, dance and ululate as the warring leaders feed them vitriol at separate rallies. Studies have discovered that party membership is especially weak in many newer democracies, while levels of membership have fallen considerably in many established democracies in the last couple of decades. This development gives rise to concerns for various reasons:
♦ Limiting the opportunities for political participation of citizens
♦ Widening the gap between professional politicians and the electorate
♦ Disconnecting the people from the parties and all their services regarding voter education, social activities, and other awareness-raising activities,
♦ Diminishing the accountability of leaders to party members as they turn them into passive followers once elected into NECs,
♦ Decreasing the legitimacy of party leaders and political decisions in general,
♦ Lessening popular involvement in and knowledge of political processes and the functioning of political parties within society,
♦ Causing misunderstanding of difficult political processes as they are side-lined and turned into cheerers of the nefarious actions of the NEC members,
♦ Strengthening party centralization and empowering party leaders due to diminished control through party members,

On the other hand, it is less clear that declining party membership implies a parallel trend in decreasing party activism. It is possible that the active party members remain in the party, due to their greater ideological commitment. Moreover, the impact of a decline in membership upon the structure of the party remains unclear. There is no general correlation between decreasing members and increasing centralization of power.

The power-hungry and destructive character of NECs is not only characteristic of the ABC, but other parties as well are also typically bogged down by this self-serving nature of their NECs. The former NEC of the main opposition in the National Assembly, the Democratic Congress (DC) is the one that rallied the membership against the Leader, Pakalitha Mosisili in 2016 and demanded his removal. It suspended him though it knew it had no power until he won the case in the high court to defend his rightful authority in the party. When it lost, it instigated the formation of the Alliance of Democrats (AD). It was the power-hungry nature of the DC NEC that created the commotion within the party, with unsuspecting and gullible members following their leaders while some were hoodwinked to remain in the DC. Their choice was not based on their own decisions either to go with the tumultuous NEC or to remain with the leader, but it was a result of a lot of luring and lying. Sometimes, NEC members use government resources and their own such as vehicles and money to lure members into giving in to nefarious camps that are formed by the power-thirsty NEC members.

The fracas within the Lesotho Congress for Democracy (LCD) in 2016, which saw the suspension and subsequent expulsion of the then Secretary-General Selibe Mochoboroane, now Movement for Economic Change (MEC) leader all started in the party's NEC. It was when Mochoboroane was elected into the NEC when he felt he had sufficient political stamina to challenge his leader, Mothetjoa Metsing and demand more power to rise to another level. Finally, the LCD split and a new splinter group, which is now the MEC was formed, as a result of agitation that started in the NEC.